If you’re like most business owners, you find it hard to keep up with the constantly changing social media landscape.  Hardly a month goes by that you don’t hear about a new social media platform, and how you can use it to promote your retreat center online.

With so many options available, it’s hard to know where to invest your time and energy, and the fact is that most platforms don’t live up to the hype.

In early July, Pokémon Go took the gaming world by storm, and within days it was being touted as an effective marketing tool for local businesses.  But in an August 15th LinkedIn blog article, Global Content Marketing Leader Jason A. Miller lamented its likewise-meteoric decline in popularity.  “The game,” he wrote, “is already past its peak downloads, user activity, and search interest.”  He went on to offer his condolences to “everyone who was developing a business case to purchase lures and apply for Pokéstops.”

Launched in 2010 (a relative dinosaur in the social media world) Pinterest offers a number of advantages for retreat center owners, including the ability to create Business Pages.  The visual nature of the site also dovetails nicely with the goals of retreat centers.  According to Miller, however, “It seems like Pinterest is for instant-gratification kind of purchasing, not nurturing through a long sales cycle,” which makes it a less-than-an-ideal fit for retreat centers. 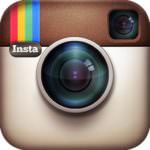 Snapchat burst on the social media scene a year later, in 2011, and although it has become wildly popular with millennials, it has yet to prove itself as an effective marketing tool.  According to Miller, “Snapchat could be a major player soon, but it has some growing up to do.”

What about the dozens of other, more mature social media platforms that also enjoyed their share of post-launch hype?  Which ones really generate leads and sales?
In most cases, the answer is, “it depends.”  Among other things, it depends on your specific type of business and target audience, and it depends on your level of involvement.  In some cases, it also depends on your budget.  Facebook, for example, has made it increasingly hard for businesses to promote their content through organic methods.
Confused?  You’re not alone.  Even monolithic Google seems to be perplexed by social media.  The 800 lb. gorilla of the search industry has effectively bailed on Google+, which was launched in 2011 to compete head-to-head with Facebook.  Prior to Google+, the company had tried to capitalize on the rise of social media with Google Buzz, an ill-fated social networking, microblogging and messaging tool that also failed to catch on with users.
For the time being Facebook appears to be the most effective social media marketing platform for B2C businesses, and LinkedIn has the advantage when it comes to B2B marketers.  Depending on what study you read, Twitter’s effectiveness is somewhat dubious for both segments.

So what’s the answer?  The first step is identifying the platforms your target audience is on, and monitoring and engaging in the relevant conversations that are taking place there.  Keep in mind that success in social media isn’t about selling your retreat center.  It’s about building genuine, long-term relationships with those in your community, and providing them with valuable, useful information.
Jason Miller also offers this additional bit of invaluable advice: “Before you commit resources to the next big thing, though, ask yourself: Am I making the most of the channels I already use?”  For most retreat center owners and marketers, the answer is probably “no.”

Finally, keep in mind that social media as a whole is an ever-evolving field, and platforms that don’t deliver good marketing results today could pay huge dividends down the road.  That being said, most experts agree that chasing every new trend that comes down the pike can be a recipe for failure.  Having a well maintained, well-promoted company blog provides you with a degree of control that can’t be found on third-party social media platforms.

Retreat Center Owners and Marketers – Let Us Hear from You

Click here to read Jason Miller’s LinkedIn article, “Three Platforms I’m Not Sold on for B2B Marketing (At Least, Not Yet)”